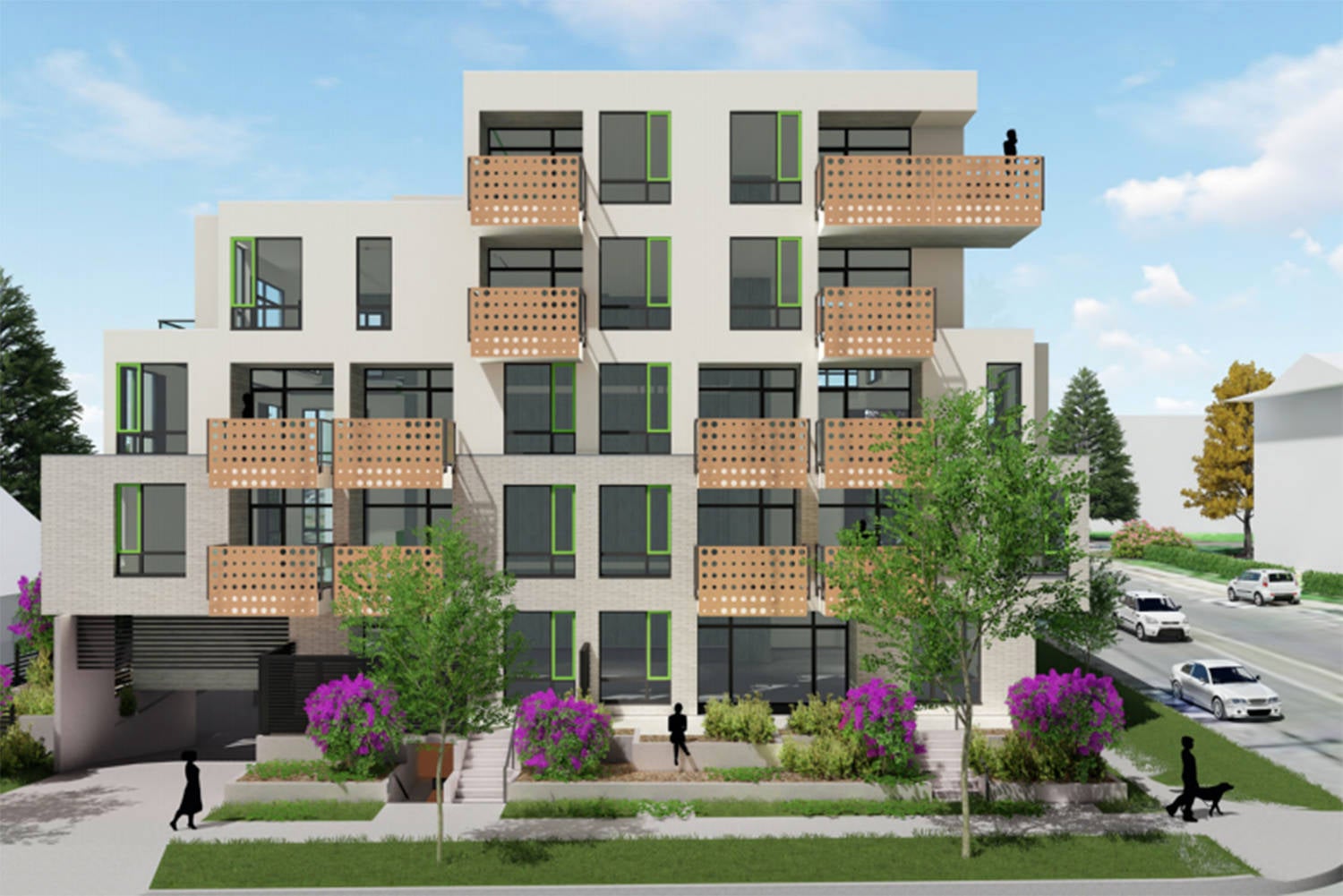 The density and look of Oak Bay Avenue is set to change as a pair of four- and five-storey residential building proposals are making their way through the City of Victoria development process.

Jawl Residential are in the early stages of a proposal to rezone a trio of lots at 1908, 1912 and 1920 Oak Bay Ave. (at the corner of Redfern Street) to build a four-storey, 35-unit residential with ground floor commercial. The lot is currently home to GardenWorks nursery and Ballam Plumbing and does not include the church.

One block over at 1811 Oak Bay Ave. is a five-storey, 15-unit proposal at the corner of Bank Street developed by Low, Hammond, Rowe Architects. While it is five storeys, each floor of the Bank Street proposal is significantly smaller and has continual setbacks.

The two buildings will bring added density to the Victoria end of Oak Bay Avenue. They are desirable due to access to amenities by foot and by bike, said Peter Jawl. However, the city and neighbourhood are not ready to build a no-parking building. As such, the Jawl building would feature 47 underground parking spots and another 11 surface spots, meeting the city’s requirements.

It really is an ideal place for a no-parking building that attracts people who don’t drive, but the reality is the city is just not ready for that yet, Jawl said.

“Anytime you can offer nearby services and amenities to get people out of cars is a positive,” Jawl said, noting Red Barn Market and Home Hardware are across the street. “That’s a big criteria for us to have.”

The 7,000 square-feet of ground floor is reserved for commercial space.

The proposal is a rezoning as the Jubilee area plan prioritizes the Victoria strip of Oak Bay Avenue as mixed use with a three storey max. Each floor also decreases in ceiling height as you ascend the building.

With an expected minimum 100-year lifespan for the building, it’s important to look back at the land use decisions from the perspective of someone 40 or 50 years from now, Jawl said.

That included South Jubilee Neighbourhood Association meetings at the Bank Street school. “People feel five or six storeys is too much for this development.

“We held community consultation for 14 months before bringing this proposal to the city,” Jawl said. “When you look back, you don’t want a building that’s undersized for what the neighbourhood becomes.”

Not surprisingly, the top two concerns from community consultation were parking and traffic.

“Part of our responsibility is balancing these two sides, that we’re respectful as we are new to the neighbourhood,” Jawl said. “A lot of the plans have been influenced by the neighbour feedback and the key thing is making sure its built with our wishes and goals but also respects the community.”