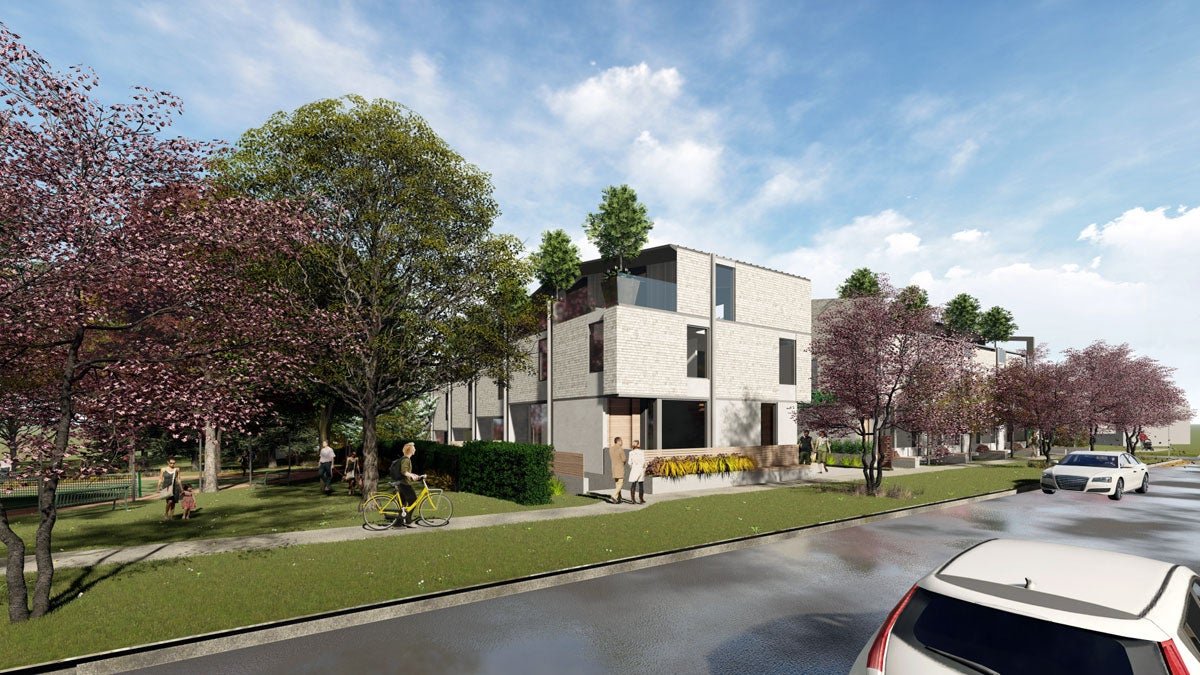 A lawsuit filed last month against the City of Victoria and Victoria-based Aryze Developments in relation to a townhome project in Fairfield has been dismissed by a judge.

Last month’s approvals for a 20-unit townhome project along the 1700-block of Fairfield Road resulted in a private citizen suing both the municipality and the proponent alleging the parties failed to respect the Official Community Plan (OCP) and approved too much height for the properties in question.
Fairfield resident John Wells filed a petition with the B.C. Supreme Court in early October citing a disconnect between the proposal and the City’s OCP, which permits two-storey structures while the project, known as Rhodo, would rise to 2.5-storeys.

Yesterday a judge stopped the suit in its tracks, stating that “there is ample evidence before me that the bylaw [Rhodo] was considered by Council appropriately and is valid.”

All aspects of Wells’ petition were dismissed, with the judge opining that Aryze’s project was thoroughly considered by Council and staff, including on the basis of its compliance with the community plan.

Reacting to the decision, Luke Mari, a partner at Aryze who leads development, says that while his organization is relieved to no longer have a court case hanging over the Rhodo project, there is little to celebrate.

“As much as we are pleased to move forward with what we believe to be a great project for the community, it isn’t a ‘win’ for anybody. The court case highlights how fractured different groups are on how the city should grow and develop. We are empathetic and understanding of the concerns raised by the community but at the same time understand that there is a climate and housing crisis that needs our collective attention and action.”

With Victoria’s council pursuing policies to bridge the supply of housing with demand for what they call the ‘missing middle’ (a term referring to middle-income earners who neither qualify for affordable housing projects nor can afford single-family-dwellings) Aryze's push for townhomes in established, centrally located neighbourhoods is at the forefront of delivering residences attractive to young families in the city’s core.

“How we build our cities and how we move around our world are the two largest contributors to green house gas emissions,” Mari says. “So infill housing, like Rhodo, built in compact, walkable neighbourhoods is a double benefit to fighting climate change. I think collectively Aryze and the community are after the same thing, but how we get there is what is difficult at times. For Rhodo, we established a great relationship with hundreds of people in the neighbourhood which was reflected in the vast majority of speakers and letter writers in strong support of it.”

Despite approximately 6,500 homes having been built in the city centre since the start of the decade, only 117 were townhomes, or roughly 1.8% of new-build inventory. With condominiums on a trajectory towards smaller, more compact layouts and single-family-homes rapidly appreciating in value, the housing spectrum's 'missing middle' is facing an acute shortage and lengthy municipal planning processes despite the growing awareness of the importance of family-oriented and attainable homes.

“When we look at housing needs in a typological form, townhouses offer a more affordable, sustainable way to accommodate growth for larger households like families or downsizers. They are a very flexible housing form that have all the hallmarks of good urbanism that promotes social connectivity, transit usage, and a lower economic barrier to entry.

Shovels will hit the ground on Rhodo’s 20 residences next spring or by early summer, with completion slated for early 2021. And while the project represents the culmination of a drawn out and often contentious approvals process for the Aryze team, Mari maintains more must be done to make Victoria’s neighbourhoods more inclusive and welcoming to a wider spectrum of residents.

“If we are blessed to have a safe home, we need to understand that there are people who are seeking the same thing. If we are trying to develop, we need to understand that there are very real fears that new development will change what we cherish about neighbourhoods. With this in mind we have to work collaboratively to make room for the next iteration of residents in every part of the city.”
© Copyright 2019 by Citified.ca. All rights reserved.
﻿